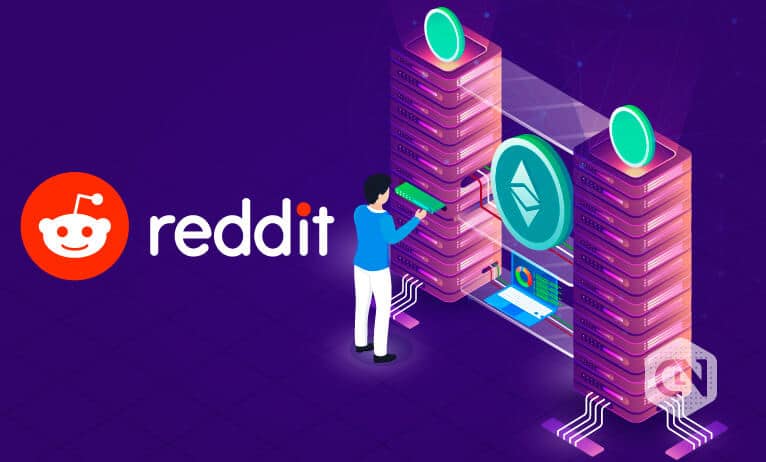 The famous online blogging website, Reddit, has rolled out the Community Points System to create a free decentralized environment where anyone can earn points in cryptocurrency on quality posts and comments. The system is deployed on the Ethereum blockchain but it will transfer to the Ethereum mainnet later this year.

Reddit introduced the reward earning system on its platform via a slide presentation. The platform states,” Community Points are a way for Redditors to earn a piece of their favorite communities. Points can be spent on premium features and are used as a measure of reputation in the community.” Users will receive points in the form of ERC-20 tokens after publishing a quality post or commenting on the given posts. The platform will give full access whether you save Community Points or “use them to access exclusive community features such as badges, custom emojis, and GIFs in comments.”

Reddit claims that the whole process of earning, saving, or spending ERC-20 tokens is decentralized. The users will have complete control like Bitcoin. “Your Community Points exist on the blockchain, independently of Reddit, where they can only be controlled by you (just like Bitcoin!). Neither Reddit nor moderators can take your Points away or decide what you do with them. It’s all up to you,” Reddit claims.

The company further explains that the system will initially launch in beta on the Rinkeby testnet. According to the plan, the system will migrate to Ethereum mainnet along with users’ points.

The cryptocurrency Moon will distribute among the Reddit’s users based on their current reputational status. There is about 50 million Moon that will go to users in initial distribution. “The amount distributed each following month will start at 5 million and decrease by 2.5% every cycle, so that the total number of Moons distributed over time will approach a maximum cap of 250 million,” the announcement reads.

“This is a huge deal for crypto – Reddit (top ten website in the U.S.) has launched their cryptocurrency integration.

They do a great job from a legal POV of launching a utility coin, within clear boundaries. Overall this is really well executed, and a model for other crypto startups to emulate for a token launch that helps bring an online community together, and delivers real value. The internet finally has a native currency. It’s working folks!”