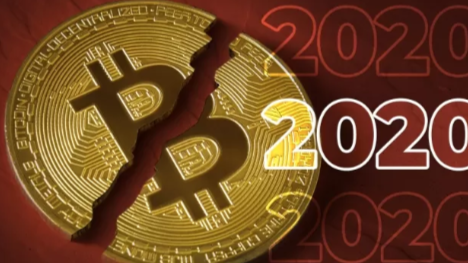 The Bitcoin halving is just a few hours away, and the price fluctuation spikes, creating an uncertain environment in the crypto community. Yesterday, Bitcoin price slumped by 15% in just a few minutes, which was due to the extreme liquidation of Bitcoin longs at derivatives exchange, BitMEX. However, there are also some factors why price dumped suddenly.

The halving 2020 is different than past halvings in some respects, which include how the volume of crypto has increased over four years. The numbers of crypto exchanges are also increased along with users’ accounts. Thirdly, there is a great economic turmoil in 2020 amid COVID-19.

There is a mix of positive and negative factors that could directly or indirectly influence the much-anticipated Bitcoin halving. A famous crypto analyst ‘The Crypto Lark’ explained in detail how this halving is totally different than the past ones.

The volume of Bitcoin has increased to an unprecedented level. In the period of four years, both traded and exchanged volume rallied over 2,800%. The rise in volume is due to the crypto adoption on a large scale, and adoption is the key factor that can increase the price in the future as well. At the time of the previous halving, 2016, the value was around $650 before the happening of rewards cut. Now, the BTC price is standing near to $9k, nearly 1300% higher.

This #bitcoin halving is very different!
Volume in 2016 1.7 Billion, today around 50 billion! pic.twitter.com/PPkqaKcm9n

As the volume goes up in recent years, the crypto holders also go up in numbers. Four years ago, there were only 3 million users on Coinbase, as the exchange is one of the oldest crypto trading platforms. Today, the platform has more than 30 million active customers, and there are a lot of other leading crypto exchanges whose registered users touch in millions. As Crypto Lark noticed:

“Last halving there were around 3 million registered users on Coinbase there are now over 30 million.”

The overall market condition is not well, and traditional assets are mostly down amid Coronavirus. The mid-March proved as a violent attack on traditional as well as on digital markets. For example, Bitcoin lost half of its value at that time. The lockdowns in most of the countries are in action, which still can pour negative effects on financial markets, including digital assets.