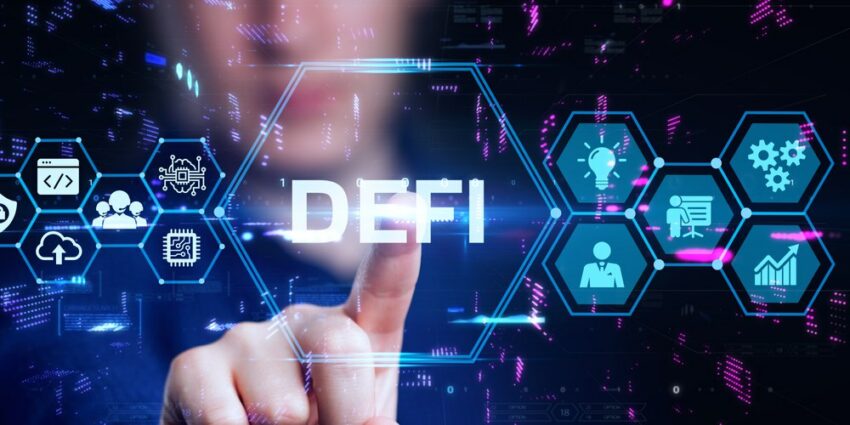 Over the course of a couple of years, Decentralized Finance (DeFi) has become an integral and essential part of the crypto industry and economy.

This ecosystem primarily allows users to provide digital currencies to protocols for lending them onward to loan seekers.

Furthermore, DeFi allows its users to switch hands without obtaining possession of assets and earn commendable profits against their crypto lending.

DeFi is currently the lead sector within the crypto industry but even DeFi couldn’t resist odd circumstances prevailed in the market since 2022.

A great extent of changes has taken place in this sector in the past 365 days. During this time, the sector lost one of its enormously popular lending apps called “Anchor Protocol” sponsored by the already crashed Terra network.

On the other hand, the DeFi economy saw its Total Value Locked (TVL) reduced by more than 71%.

Leading Protocols A Year Ago

Apparently, 365 days ago, lending protocols in DeFi had digital assets worth over $37 Billion in the global Total Value Locked (TVL).

The leading protocol at that time was Avalanche’s Aave whose contribution represented more than $12 Billion in the global TVL.

Aave’s TVL contribution as of 10th January 2022 is hence bigger than what is the total contribution of today’s top-5 DeFi projects.

Though still Aave leads the DeFi sector in terms of global TVL yet its TVL valuation has reduced to $4.58 Billion from $12 Billion.

Prominent DeFi Protocols Then and Now

Apart from Aaave, other leading protocols’ combined TVLs as of now is less than what Aave had a year ago. Their performances and TVLs have deteriorated, showing how the industry has performed recently.

For instance, current DeFi protocol leaders minus Aaave include protocols such as Justlend, Compound, Venus, and Morpho.

They collectively contribute just over $5 Billion to the global TVL while Aave’s contribution is over $4.5 Billion alone.

A year ago, Terra’s ‘Anchor’ was one of the leading DeFi protocols which were actually competing with Aave. At that time, Anchor’s TVL was hovering over $8.5 Billion and was only $3.5 Billion short of reaching its competitor.

However, neither Terra nor Anchor exist today as the parent network crashed in 2022 while destroying all projects within the network.

The stablecoin widely remembered as UST was originally the underlying digital asset belonging to the Terra network.

UST holders were actively participating in the Anchor protocol because they were supposed to earn 20% gains per annum on investment.

Most importantly, the rate of return was also subject to be compounded by the protocol on daily basis. Either way, it was a win-win situation for UST holders, however, UST failed to survive during 2022’s turbulent times.

Although a small fraction of Anchor protocol continues to survive fractionally its TVL is as low as $2 Million only.

Compound Protocol was at number three after Aave and Anchor whose TVL was above $8 Billion a year ago. However, the current TVL of the Compound is resting at $1.85 Billion only.

Justlend was however the only protocol during turbulent times which saw its TVL surge from $1.72 Billion to $3.03 Billion now.

This particular protocol is currently securing second place in the market after Aave which was otherwise in the seventh spot a year ago.

Aave has gained a lot of recognition and adoption, which is why a significant surge has been recorded in the total value locked for the protocol.

The positive side is that apart from Anchor, the leading protocols of 2021 did survive 2022’s rough ride. Presently, they are once again building momentum because, since the past week, cryptocurrencies’ values are surging.