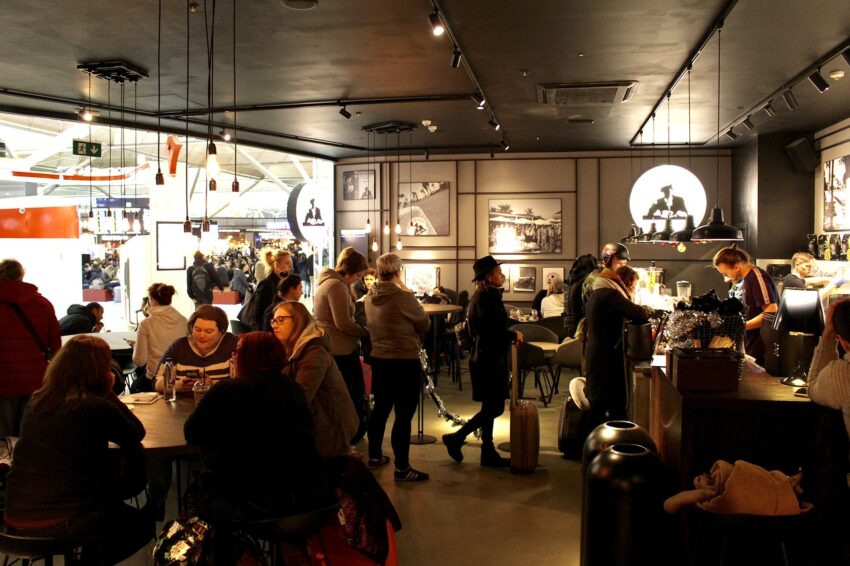 Anarchists living in Brussels are more than happy because their frequently visited Bar Dolle Mol café has started accepting cryptocurrencies as payment. The decision of integrating crypto is that of the owners of the bar who have recently renovated the entire bar massively. The owners of the bar are of the view that for crypto is the money that will be the global currency in the future and they want to be a part of it from this day.

Brussels is the capital of Belgium and has several public bars available in it which are the main point of attraction for the visiting tourists. Although there are various popular bars in the capital but one particular bar has its own dynamic popularity. The bar’s name is Dolle Mol café which is located the famous street called “Rue des Eperonniers”.

There is one more fascinating aspect about this bar as well. It is renowned in entire Europe that the bar is mostly visited by the community known as “anarchists”. The community represents a class of people who apparently do not believe in God or any religion. But they firmly believe in humanity and do not want people to invite them to any religion or faith.

When the pandemic hit Belgium as well, the owners have had to close the bar for a temporary basis. However, the lockdowns were imposed throughout the European region, including in Brussels, Belgium. While there was no business, the bar could not host anyone for a very long time. During this time, the owners of the bar thought that they should do something about the bar. They wanted to surprise the frequent visitors by giving them a whole new look of the bar. They then started renovating the bar massively and by the time lockdowns were lifted, the renovation was complete.

Soon after the lockdowns were lifted and the restrictions were relaxed, the owners of the bar opened it for the general public. People started to come and were shocked to see an entirely new look of the bar. They said that it isn’t the same bar which they had left on their last visit. The owners were overwhelmingly appreciated by the visiting public.

It has only been a few months since when the bar resumed its services that there has been further improvement introduced by the owners. This time the owners have made an announcement recently in which they have informed that crypto payments can be facilitated as well. The owners said that in the past two years they have learned that they have to cope with the time. They claimed that time requires them to embrace innovation and there was no better way of doing so than accepting crypto payments.

The owners informed that they are open to accepting any of the top cryptocurrencies because the future belongs to them.