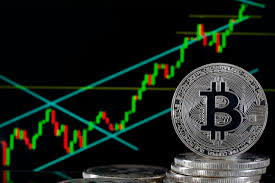 In a matter of a week, almost 34% of the cryptocurrency market’s value was wiped out after a major crash, which is the equivalent of $880 billion. Due to such a massive decline, many are asking whether this correction will turn out to be the big one that was expected. Some of the older hands in the space remember the bear market that had started in 2018, which was defined as the crypto winter, where the crypto market had crashed by almost 80% or more. However, there is a strong possibility that this is not the big crash, but rather just a healthy correction.

But, people who believe that this marks the beginning of yet another crypto winter may be justified in having this opinion. After all, the overall history of the crypto space has been quite eventful, even if it has been short. The first cryptocurrency was launched in 2009, which means that the crypto space has little more than a decade under its belt. Therefore, this is not exactly a lot of time to accumulate enough data for identifying and developing long-term patterns or to use them for predicting expected and future ones. With that said, it is worth noting that there have been a number of repeating events that have formed something similar to a cycle.

In theory, this cycle could continue for some time, until the crypto industry stabilizes enough to break through it. Of course, it is not possible to determine the beginning and end of the pattern, but there is a possibility of predicting some common events. For instance, there is a massive surge in the crypto industry, thereby attracting a horde of new users. This creates a lot of hype, pushing the market to new heights. But, people begin selling due to the fear of overextension, and an overshoot in selling leads to a bear market.

As prices drop, people continue to sell and this pushes the market to its bottom. This is when there comes a time of stagnation or peace. Investors aren’t sure of whether to invest or not, and when they do get enough courage to do so, the cycle begins again. As Bitcoin was valued at $9,000 a year ago and was at $64,000 a month ago, it is not surprising that many people believe the bullish cycle has ended and the bear market will be set in moving forward. However, there is still reason to believe this is not the case and there are more gains to be made.

This recent crash could just be a long-awaited correction, considering that Bitcoin increased by 300% in the last six months. Some experts think that newcomers in the market are panic selling, as they don’t understand the market. In contrast, institutions are probably HODLing because they may not want to realize losses. Some could also be using this as an opportunity to purchase as much Bitcoin as possible. All of this indicates that this could just be a healthy correction and not the start of another crypto winter.