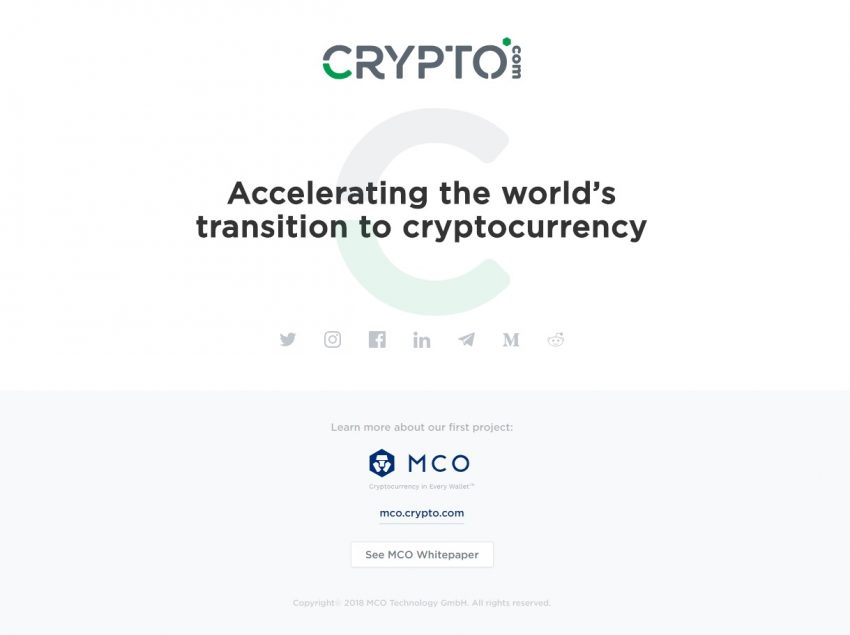 Was the amount pitched by Monaco right for the domain name?

Although the exact price for the domain name is undisclosed, the media is speculating why blaze sold the domain name to them and if there is a catch. Blaze refused to comment on the reasons after being accosted by the verge but disclosed to TechCrunch that the price for the name was between 5 and 10 million USD which is unbelievable as other domain names have exchanged hands for very minimal amounts of 2 million USD like Eth.com which was sold for $2 million.

Monaco is a well-established cryptocurrency company that was officially launched in 2017 but founded in 2016 in Switzerland. The company is known for its debit cards, token, and a newly launched mobile wallet app and an automated cryptocurrency investment system on its milestone achievement. The Monaco management has stated that the crypto.com identity is a very broad platform with huge responsibility and they intend to use the name to leap to be a successful cryptocurrency contender in the cryptocurrency marketplace.

However, for most people that don’t know about the sale of the domain name; Blaze still uses his private website to warm people that visit his site to desist from investing their hard-earned currency into cryptocurrency that most of them are scams and are looking to defraud innocent people from their money.

Regardless of his thoughts, the crypto.com domain name has found a new home that is willing to take crypto to the next level.