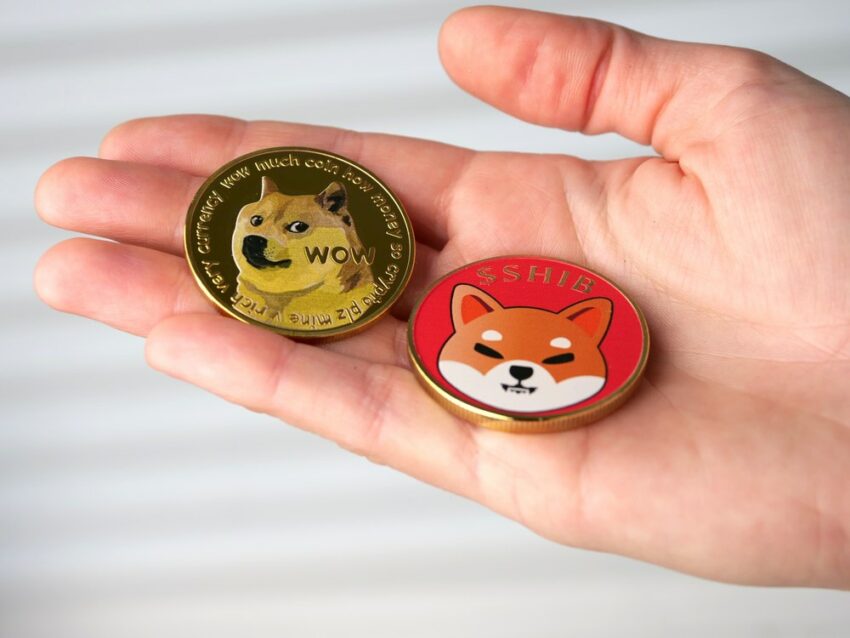 The year 2023 is proving to be quite promising for those who were concerned about the future of the meme coins as the year 2022 came to a close.

This brings confidence among the investors back into the meme coin industry. They are confident that the trading prices of the meme coins will continue moving higher in near future.

Among all the cryptocurrencies and most of the meme coins, it is Dogecoin (DOGE) and Shiba Inu (SHIB) that have recorded high gains.

It is time to take a look at the performance of both DOGE and SHIB and see how well they have performed in the recent trading sessions.

This goes to show that the trading price of DOGE has continued surging for two consecutive days. Prior to the rallies, the price of DOGE had been hovering near a consolidation level.

However, the bulls entered the trend and started to push DOGE’s price higher. Surprisingly, the bulls did not encounter much pressure coming in from the bears’ end.

Therefore, they continue pushing DOGE’s price higher and the bears kept moving out of their way. This is the reason why the bulls have managed to carry on with their rally for two consecutive days.

Prior to the two-day rally, the price of the asset was at a low of $0.07181. However, the bulls were not ready to let the meme coin rest at the particular figure.

They started pushing DOGE’s price higher and in a matter of two days, the value of the asset has been pushed up to $0.07503.

This is the highest level Dogecoin has hit since December 27. At that time, the price of the asset was moving down to the lower levels due to the constant sell-offs.

The RSI for DOGE is currently in the bullish territory, which is to provide more confidence to the investors in the long run. As the bulls keep pushing harder, the trading price of DOGE will continue moving to greater levels.

The trading price of Shiba Inu is also witnessing a great surge since the beginning of 2023. The strong rally for SHIB started back on Thursday when the bulls pushed its price significantly higher.

Prior to the surge, the value of the asset was at a low of $0.000008171. The bears had thought that they will be able to pull the asset’s price even lower.

However, the bulls soon pushed the price of SHIB and it went all the way up to $0.000008531. The price that the bulls have managed to hit so far is the highest level SHIB has hit since December 18.

After the 18th of December, the trading price of SHIB started to move downwards. That was because of the consolidation that had kicked in due to the Christmas Holidays season.

Thursday Rally was Quite Significant

The Thursday rally has turned out to be quite promising and significant for the meme coin.

This is because due to the rally from the particular day, the trading price of SHIB managed to make it through the resistance level.

The data shows that the trading price of SHIB has managed to make it through the strong resistance level at $0.00000850.

It is quite significant that the RSI for SHIB has also started to move in the bullish zone. This is yet another positive factor that the bulls can count on as they try to form a stronger rally.